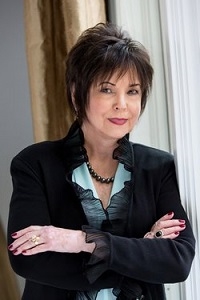 Intuitive as a child, Sherry Maysonave has had mystical experiences throughout her life. At the mere age of five, she had a direct experience of her soul existing separately from her physical body, which forever changed her perception of God, life on Earth, and life in Heaven.

Inspired by a vivid dream with Sherry's deceased sister shouting from a mountaintop, this story--The Girl Who Could Read Hearts--was born.

The segments of this story that embrace death are based upon Sherry's real-life experiences when she was present with beloved family members as they passed away. Her wondrous encounters of loved ones' spirits after their physical deaths are deeply engaging.

Sherry Maysonave says she doesn't just believe there is an afterlife, she KNOWS there is.

An accomplished author and motivational speaker, Sherry Maysonave has been interviewed by over 200 TV, Radio, and print publications across the U.S., Canada, and Europe. This includes multiple appearances on NBC's Today show, ABC, CBS, Fox, and NPR radio. Sherry has been featured in the USA Today, the Financial Times, the Wall Street Journal, the New Yorker, InStyle, and BusinessWeek.

Sherry and her husband, Stephen, reside on Lake Travis in Austin, Texas.