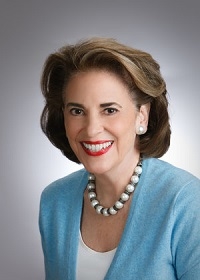 Lois Farfel Stark is an Emmy Award-winning producer, documentary filmmaker, and author. During her distinguished career she produced and wrote over forty documentaries on architecture, medical research, wilderness protection, artists, and social issues. With NBC News, she covered Abu Dhabi’s catapult to the 20th century, the British withdrawal from the Persian Gulf, Cuba ten years after their revolution, the Israeli Air Force in the Six Day War, Northern Ireland during its time of religious conflict, and Liberia’s social split.

Along with an Emmy, Lois is also the recipient of two CINE Gold awards, two Gold Awards from the International Film Festival of the Americas, the Matrix Award from Women In Communications, the American Bar Association Silver Gavel Award, and the Silver Award from the Texas Broadcasting Association

n civic life she has served as trustee or director of Sarah Lawrence College, the Alley Theatre, Texas Children’s Hospital, St. John’s School, the Harry Ransom Center, Federal Reserve Board of Dallas Small Business Committee, Texas Commission on the Arts, Humanities Texas, the Joseph Campbell Foundation, and Harvard Kennedy School Women’s Leadership Board. She was elected to the American Leadership Forum, the Center for Houston’s Future, and the Philosophical Society of Texas. She graduated Sarah Lawrence College and has two Master of Art degrees, in Education and Communication.

Her years of film-making stimulated her interest in how what we see shapes what we think. We are accustomed to history being told as a story of kings and wars. It can also be seen by looking at the shape of shelters, social systems, and sacred sites..